EDF Renewables in China is acquiring a majority stake in a 77 MWp rooftop PV assets portfolio from Asia Clean Capital (ACC), one of China’s biggest firms in this segment, for local and multinational companies and industries.
For the past year, ACC and EDF Renewables have been in partnership in the construction and operation of a shared B2B portfolio of roof-mounted distributed solar projects. 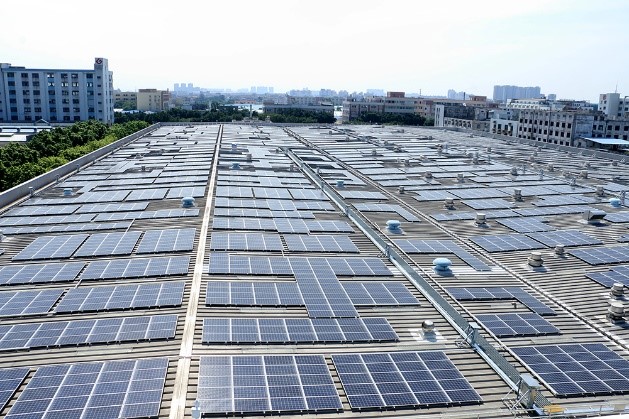 Commissioned over 2017 and 2018, the 17 rooftop solar facilities represent a total capacity of 77.1 MWp.
Each project, covered by a Power Purchase Agreement with major multinational companies, is located as close as possible to companies and factories who wish to produce and use their own renewable energy – including Danone, Coca Cola and Nestlé, as well as Chinese industrial Groups such as Wahaha and Wuhan Iron & Steel.

This acquisition takes EDF Renewables’ clean energy gross capacity (wind and solar) under construction or in operation in China to more than 413 MW, including nearly 100 MWp gross of rooftop solar capacity in operation under a partnership with ACC.

This transaction forms part of the EDF Group’s Cap 2030 strategy, which aims to double renewable capacity between 2015 and 2030 in France and globally, taking it to a net 50 GW.
The EDF Group has been working in China for more than 30 years across several sectors of the country’s energy market, including renewables, nuclear and services.

Asia Clean Capital Ltd. (“ACC”) is a leading clean energy solutions developer that serves large multinational and domestic firms throughout China. Focused on rooftop solar projects, ACC invests 100 percent of the project costs and provides the design, engineering, equipment, government approvals, installation, and long-term maintenance of solar systems. All electricity produced is then provided to clients at agreed rates lower than when purchased from the local power grid. ACC’s project sites are typically large production facilities with electric demand from one to twenty megawatts, existing clients including Nestlé, Coca-Cola, Swire, Danone, Volkswagen, Unilever, Andritz, Fujitsu and others. The company has offices in Beijing, Shanghai, Tianjin and Hong Kong.