EDF Renewables wins a microgrid tender in Peru combining solar power generation and storage, to supply the biggest remote city in the world

Paris, December 16th 2021 – The renewable energy tender of Iquitos in Peru has been awarded to EDF Renewables, which will develop, build and operate around 100 MW of photovoltaic capacities, and more than 100 MWh of battery energy storage. EDF Renewables’ microgrid solution is suitable for remote areas, such as islands. It will be here implemented to bring low-carbon electricity to a microgrid network of a town located near the Amazon forest. The project contributes in Peru’s ambitions to reduce their use of fossil fuel generators.

EDF Renewables has signed a 20-year PPA with Electro Oriente, the state-owned electricity distribution company, to provide electricity by 2026 at a more competitive price than diesel.

The hybrid solar power plant coupled with battery, will be connected to a microgrid system currently supplying electricity to the 550 000 inhabitants of Iquitos city.

Largest city in the world not connected to a national power grid, Iquitos is today using exclusively diesel to generate power. With this solar and battery innovative project, EDF Renewables will offset 40 to 50% of this fossil fuel generation, avoiding 2 million tons of CO2 emissions.

Frederic Belloy, EDF Renewables Executive Vice-President International Operations, commented: “We are proud to reinforce our involvement in the energy transition in South America, by providing low carbon energy solutions in Peru. This innovative microgrid solution will enable the city of Iquitos to reduce its consumption of fossil fuels, and also gain protection against oil price volatility. This hybrid solar and battery project is in line with our CAP 2030 strategy which goal is to double, between 2015 and 2030, our global renewable capacities from 28 to 60 GW net.”. 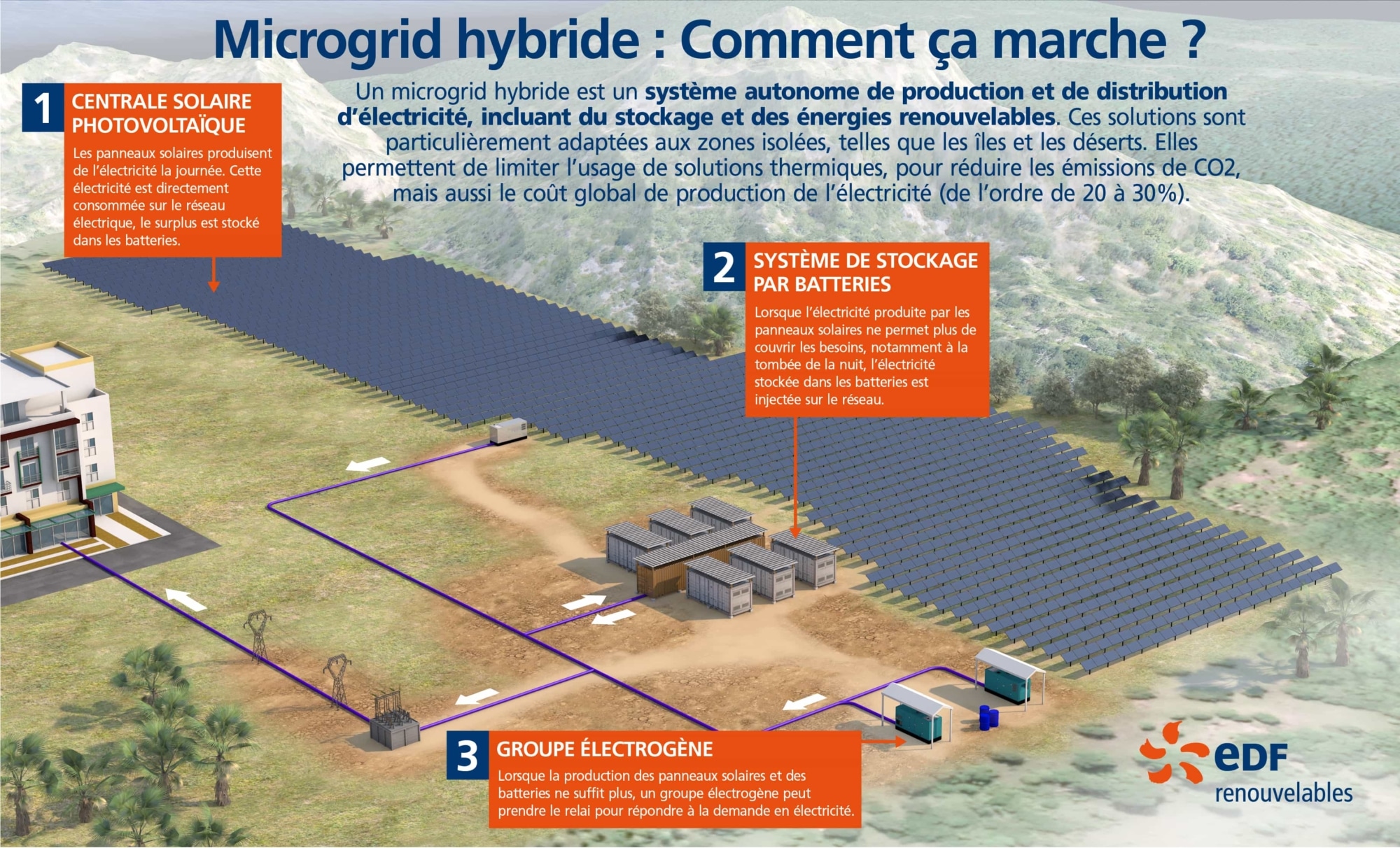