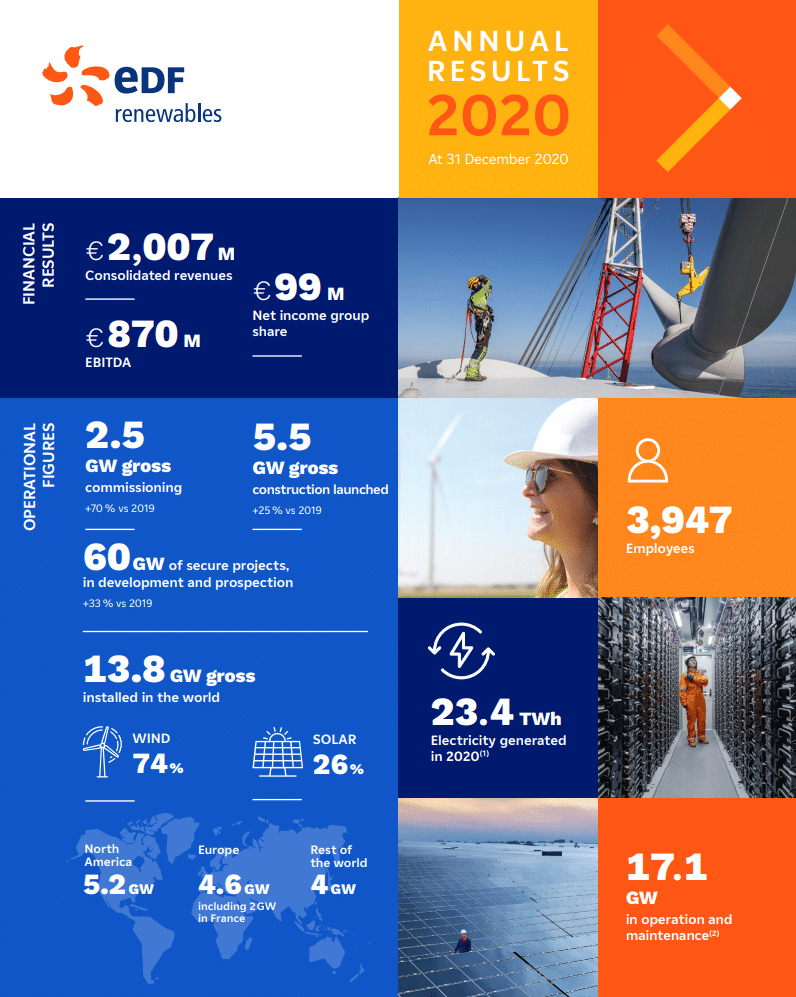 EDF Renewables is a world leader in renewable energy electricity. The company develops, builds and operates clean energy power plants in more than 20 countries both for our own account and for third parties.

Its development is mainly focused on wind and solar photovoltaic power. EDF Renewables operates mostly in Europe and North America but is continuing to grow by moving into promising emerging regions such as Brazil, China, India, South Africa and the Middle East. The company has strong positions in offshore wind power, but also in other areas of the renewable energies industry such as energy storage.

EDF Renewables develops, builds, operates and maintains renewable energies projects, both for itself and for third parties.

EDF Renewables is a subsidiary of EDF, helping the Group to achieve its renewable energy goals. The EDF Group generates low-carbon electricity around the world and actively participates in the energy transition. It plans to double its renewable capacity by 2030, from 28 GW (including hydro) to 50 GW, as part of its strategic project “CAP 2030”.

As an integrated operator with global reach, EDF Renewables covers the entire renewable energy chain, from development to operation and maintenance, and manages all project phases in-house. This enables us to control the quality and performance of our power plants and provide long-term support for our partners.

As part of its project development activity, the Group develops and sells structured assets, i.e. all or part of projects it has built, to third parties wishing to acquire these infrastructure assets.