EDF Renewables North America announced today that the 80 megawatt (MW) Copenhagen Wind Project is fully operational and delivering electricity. This new wind farm brings the EDF Group one step closer to meeting its CAP 2030 strategy of doubling its worldwide renewable energy capacity to more than 50 GW between 2015 and 2030. 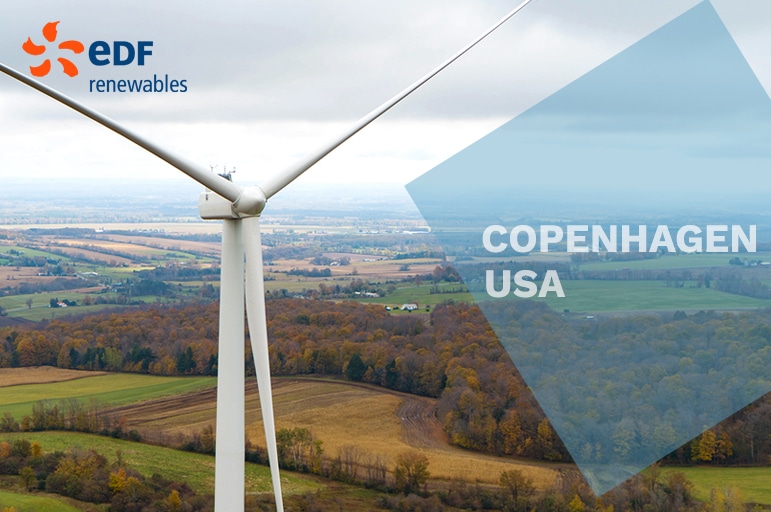 The expected electricity generated at full capacity is enough to meet the consumption of up to 35,000 average homes. This is equivalent to avoiding more than 177,000 metric tons of CO₂ emissions annually1 which represents the greenhouse gas emissions from 37,500 passenger vehicles driven over the course of one year.

EDF Renewables is one of the largest renewable energy developers in North America with 15 GW of wind, solar, and storage projects developed throughout the US, Canada and Mexico.

1 According to US EPA Greenhouse Gas Equivalencies calculations.