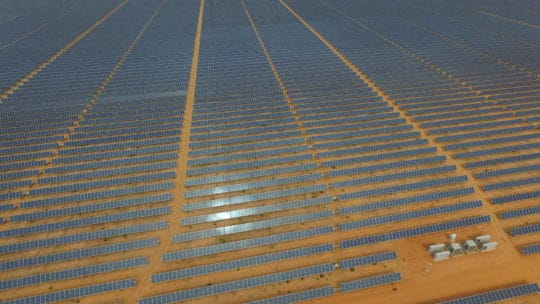 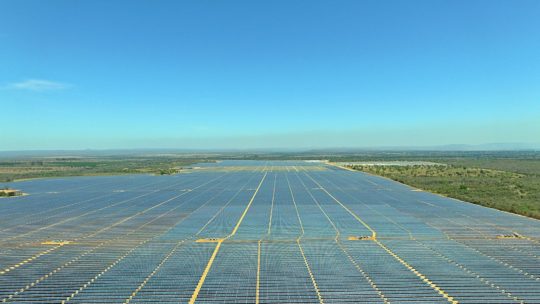 Located in the State of Minas Gerais, two of the three phases of the Pirapora solar photovoltaic project with combined capacity of 399 MWp are now in operation.

Overall, the electricity generated at Latin America’s most powerful solar plant with close to 400 MWp in capacity will cover the annual energy needs of 420,000 Brazilian homes.

The project benefits from 20-year Power Purchase Agreements (PPA) with the CCEE (Power Commercialisation Chamber), which were awarded in 2014 and 2015 following Reserve Energy Auctions.

EDF Energies Nouvelles holds an 80% stake in the Pirapora project, with the remaining 20% held by Canadian Solar Inc. (CSI), one of the world leaders in solar energy, which is manufacturing locally the facility’s 1,235,070 solar panels.

The modules are installed on horizontal-axis trackers to maximise the facility’s yield.

The Pirapora project is due to be fully commissioned in the second half of 2018.

This website uses cookies to improve your experience while you navigate through the website. Out of these, the cookies that are categorized as necessary are stored on your browser as they are essential for the working of basic functionalities of the website. We also use third-party cookies that help us analyze and understand how you use this website. These cookies will be stored in your browser only with your consent. You also have the option to opt-out of these cookies. But opting out of some of these cookies may affect your browsing experience.
Advertisement
Advertisement cookies are used to provide visitors with relevant ads and marketing campaigns. These cookies track visitors across websites and collect information to provide customized ads.
Analytics
Analytical cookies are used to understand how visitors interact with the website. These cookies help provide information on metrics the number of visitors, bounce rate, traffic source, etc.
Functional
Functional cookies help to perform certain functionalities like sharing the content of the website on social media platforms, collect feedbacks, and other third-party features.
Performance
Performance cookies are used to understand and analyze the key performance indexes of the website which helps in delivering a better user experience for the visitors.
Others
Other uncategorized cookies are those that are being analyzed and have not been classified into a category as yet.
Necessary
Necessary cookies are absolutely essential for the website to function properly. These cookies ensure basic functionalities and security features of the website, anonymously.
SAVE & ACCEPT
Powered by