On 31 March, SODRACO’s Vole au Vent vessel (Jan de Nul group) arrived at the Port of Saint-Nazaire to carry all the components (masts, generator and blades) for the wind turbines to the location of the offshore wind farm in sets of four turbines per trip. After a two-hour journey by sea, the wind turbines are erected from the ship on the monopile foundations – first the mast, then the generator and finally the three blades. When weather conditions are most favor-able, the operation takes around 24 hours per wind turbine, or just over 4 days at sea for each sets. The wind farm’s 80 wind turbines (installed capacity of 6 MW each) will progressively be erected by the end of the summer at a distance varying between 12 km and 20 km from the coastline ahead of commissioning tests.

By the end of 2022, the 480 MW Saint-Nazaire offshore wind farm is expected to start generating the equivalent of 20% of the Loire-Atlantique department’s total annual electricity consumption. It will also contribute to meeting France’s target of generating 33% of its energy from renewable sources by 2030 and net zero by 2050.

With the Saint-Nazaire offshore wind farm, the whole offshore wind industry is set to take off. The generators were assembled at the GE Renewable Energy plant in Montoir-de-Bretagne, close to Saint-Nazaire, providing employment for 400 people. Overall, the various stages of the three-year construction project have already mobilized jobs for 2,300 people in France.

Bruno Bensasson, EDF Group’s Senior Executive Vice President, Renewable Energies and Chairman & CEO of EDF Re-newables, commented: “We are delighted that construction of the St Nazaire offshore wind farm is progressing on schedule. It will be the first in France to be commissioned , ten years after the call for tenders. Today, close to 750 people are working on the project on – and offshore, with an unwavering focus on the safety rules. Alongside Enbridge, CPP Investments and our supplier GE Renewable Energy, we have undertaken to bring this landmark facility for France’s energy transition into service by the end of the year, paving the way for energy savings and decarbonized energy. The Saint-Nazaire offshore wind farm and our three other offshore wind projectsin France, two of which are being built off Fécamp and Courseulles-sur-Mer, are perfectly aligned with the EDF Group’s CAP 2030 strategy, which aims to double its net renewable energies installed capacity worldwide to 60 GW by 2030 compared with 2015.”.

Matthew Akman, Enbridge Inc.’s Vice-President in charge of strategy, energy and new technologies, added: “We are delighted to have erected the first turbine at the Saint-Nazaire offshore wind farm. Not only is it a key milestone in our project, but also the first wind turbine to have been erected in French waters. That makes it a watershed moment in the development of the rapidly emerging French offshore wind industry. Today’s operation reflects the progress we have made in recent years on the Saint-Nazaire project, working closely alongside our partners EDF Renewables and CPP Investments. It also represents a step forward in Enbridge’s renewable energies projects, which are supporting the tran-sition to a low-carbon economy while complying with our low-risk investment approach.”.

Bruce Hogg, Chief Executive Officer and Head of Renewable Energies, stated: “This is a major achievement under our partnership with Enbridge, EDF Renewables and GE Renewable Energy. It’s tremendous to see our investment coming to fruition. The erection of our first offshore wind turbine in France helps to increase its renewable energy capacity, supports the transition to a low-carbon emission economy and fits perfectly with CPP’s decarbonization commitments.”.

Philippe Hutse, Jan De Nul Group’s Head of Offshore Operations, added: “We are delighted to be playing a part in ad-vancing the development of offshore renewable energies, in France in particular. And we are especially proud to be supporting France’s energy transition by paving the way for the delivery of the first electricity to be generated by France’s very first offshore wind farm. We are thrilled to be working again with EDF Renewables and CPP Investments on a project that showcases our capabilities by successfully erecting offshore wind turbines in conjunction with GE Renewable Energy”.

Olivier Trétout, Chairman of the Grand Port Maritime Nantes Saint-Nazaire, concluded by saying: “With the arrival of the Vole au Vent, we are now entering the project’s final stretches and the deployment of the wind turbines at sea. We are ready to get started, with all the business lines, onshore and offshore, including our dockers, our sailors, our crane operators, our installation and maintenance engineers, and our logistics specialists, now at action stations. As this is France’s first offshore wind farm, the learning process is set to continue. For the Grand Port Maritime, the culmination of this first project represents an investment in preparing for the large-scale fixed or floating offshore wind fields of the future.” 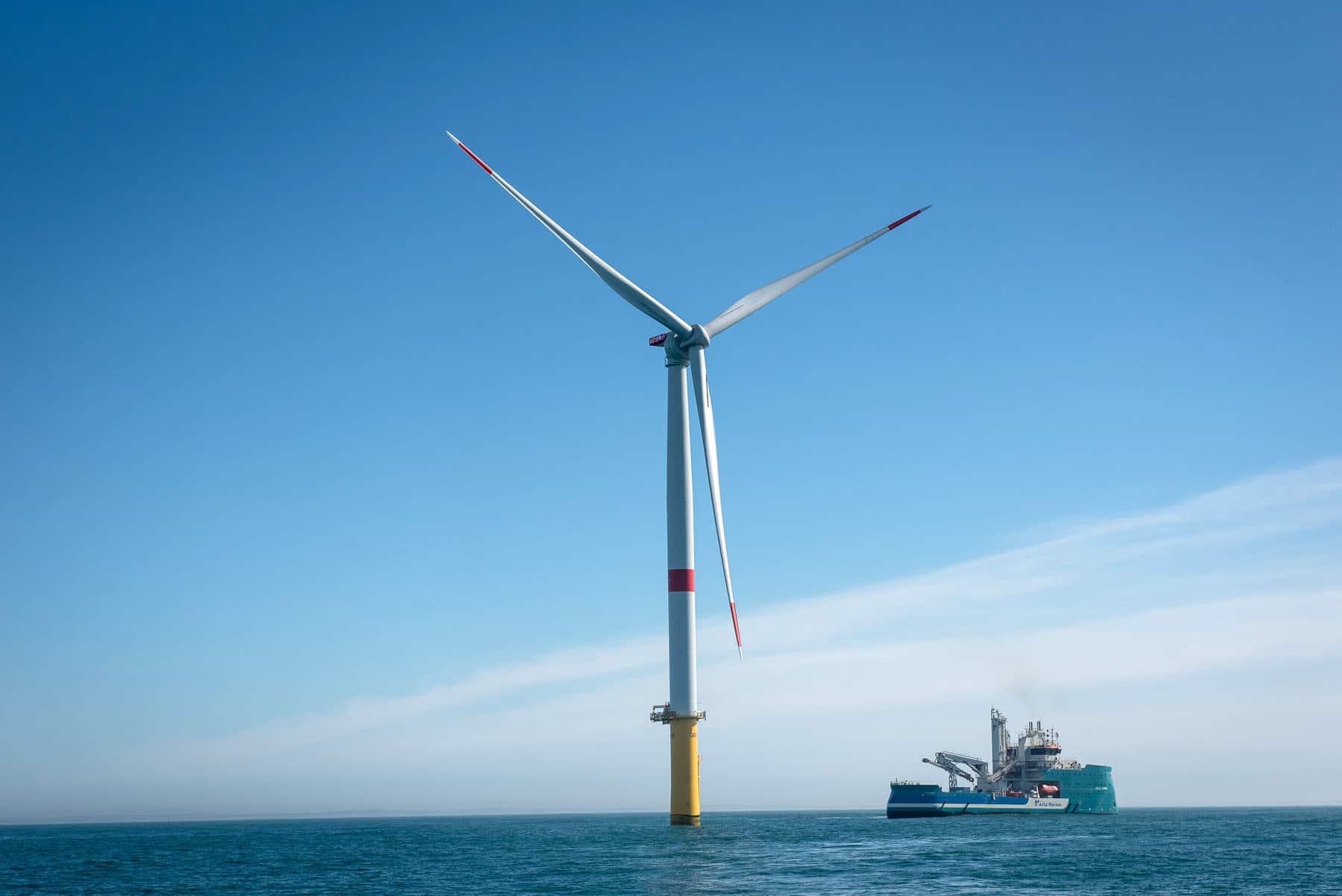 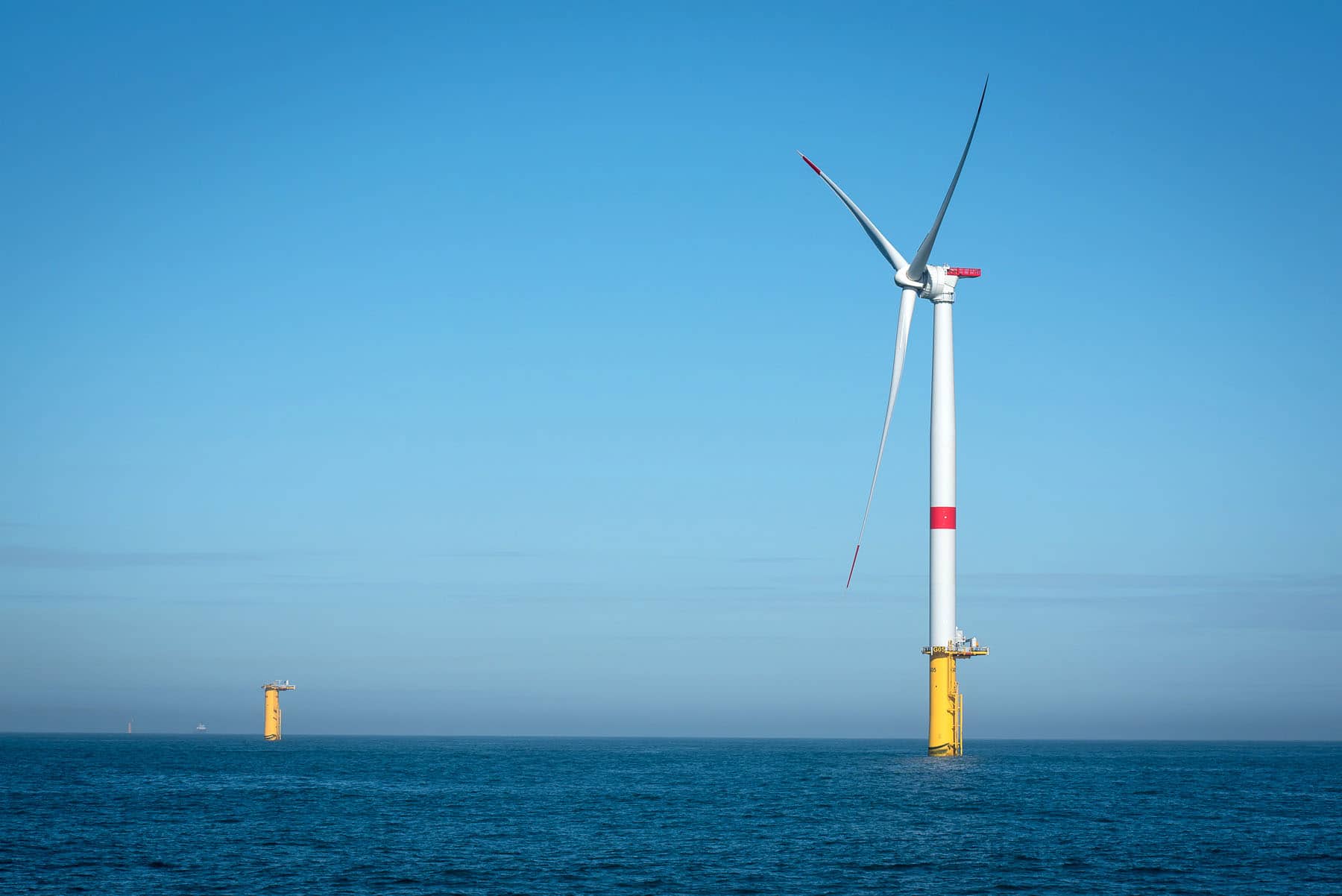 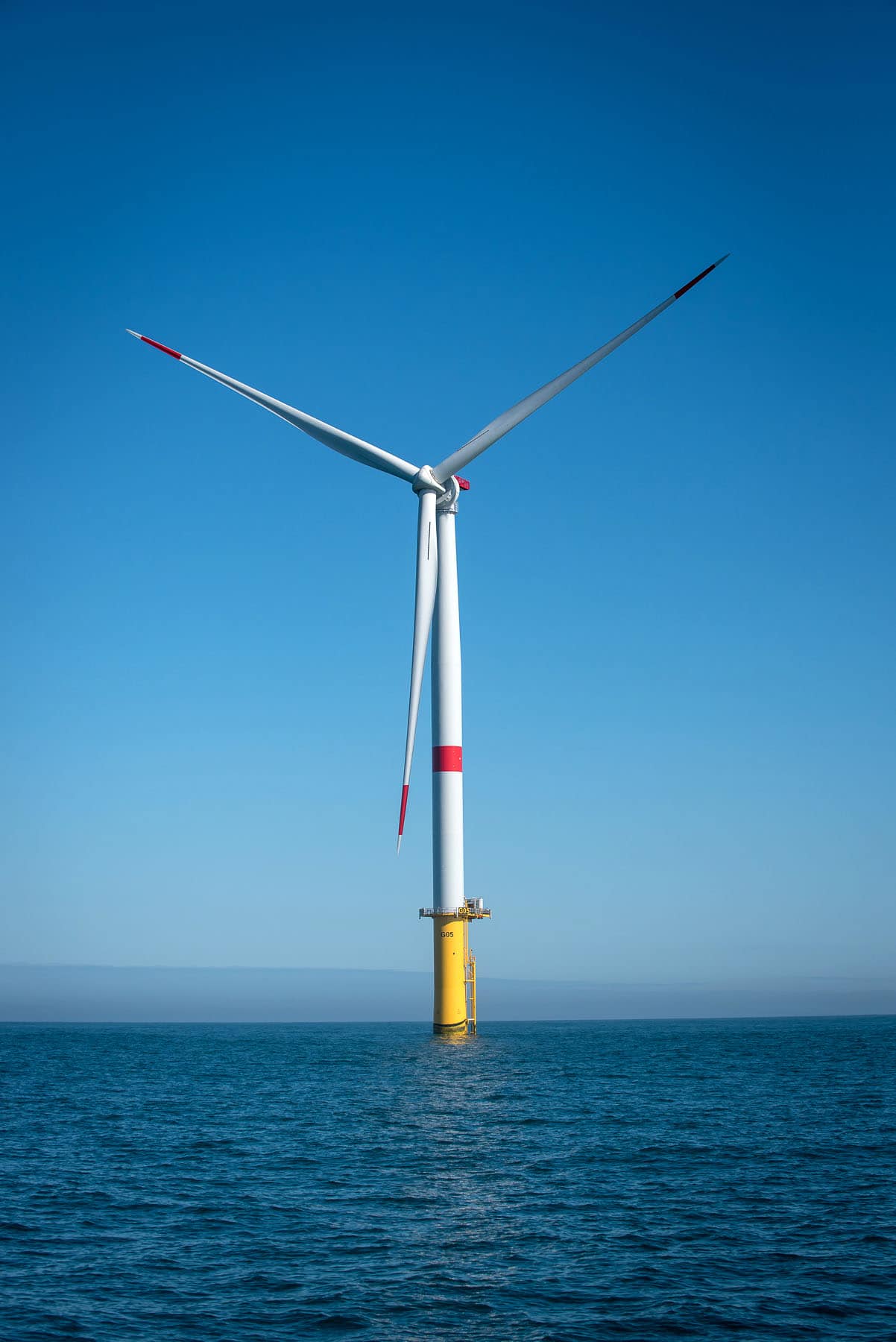